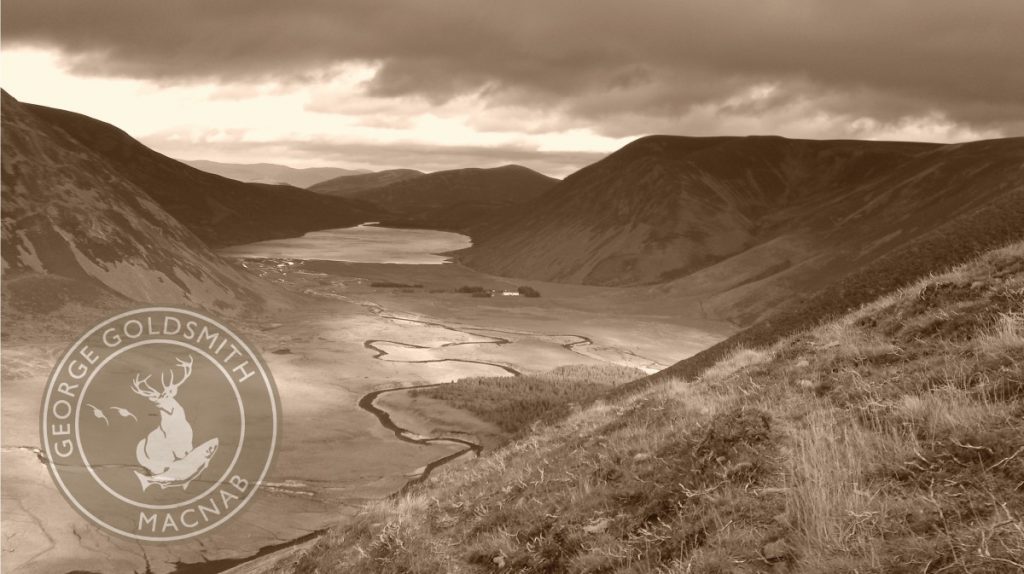 Many people believe that John MacNab actually existed. However John Macnab is actually a novel by John Buchan (also author of The Thirty Nine Steps), published in 1925.

The story is based around three successful, but bored friends, in their mid-forties who decide to turn to poaching. They are Sir Edward Leithen, lawyer, Tory Member of Parliament (MP), and ex-Attorney General; John Palliser-Yeates, banker and sportsman; and Charles, Earl of Lamancha, former adventurer and Tory Cabinet Minister. Under the collective name of ‘John Macnab’, they set up in the Highland home of Sir Archie Roylance, a disabled war hero who wishes to be a Conservative MP.

They issue a challenge to three of Roylance’s neighbours: first the Radens, who are an old-established family, about to die out; next, the Bandicotts: an American archaeologist and his son, who are renting a grand estate for the summer; and lastly the Claybodys, vulgar, bekilted nouveaux riches. These neighbours are forewarned that ‘John Macnab’ will poach a salmon or a stag from their land and return it to them undetected. The outcome is that the men’s boredom is dispelled with the assistance of helpers (including a homeless waif, ‘Fish Benjie’ and an athletic journalist, Crossby), and Archie Roylance marries Janet Raden, daughter of the grandee.

The three champions are consummate sportsmen, essential when engaging in enemy territory. Palliser-Yeates is an excellent shot, having stalked nearly every forest in Scotland. Leithen is an artist on the river, and Lamancha no mean shot himself. Leithen’s straight delicate casts and skill with the fly are vindicated as he is the only one of the allies who brings off John Macnab’s dare!

The novel is derived from the real-life derring-do of Captain James Brander Dunbar. In a letter to The Field of 17 November, 1951 he clarified just what had given Buchan the idea. A dearth of shooting invitations and the assertion that he could kill a beast in any forest in Scotland was duly challenged by Lord Abinger. A .303 carbine rifle hidden inside a golf bag was his only attempt at mustering a semblance of stealth. After two blank mornings and on the verge of chucking in he took a six-pointer in the Iverlochy Forest (not quite a match for the Earl of Lamancha’s 13-pointer). He evaded pursuit by crossing the River Spean and carried off the head and neck ready for mounting. Presenting himself at the castle in the afternoon he received a cheque made payable to J. B-D., POACHER. After the book was published Buchan wrote to Brander apologising for failing to get his permission to use the story, but his vim was a great hook for the tale.

Today the competitive spirit outranks boredom as the driving factor for those taking to the hills in pursuit of the accepted modern version of a Macnab. It pits skill and endurance against the clock and unpredictable quarry. Anyone can stand in the line and crumple a stately pheasant, but to take three species in one day requires another type of expertise altogether – and good fortune if a stag, salmon and brace of grouse are to be taken within 24 hours. Perhaps a little less thrilling than Buchan’s original, it’s still a sporting feat that can delight the most jaded sportsman. Many sporting lodges offer the chance to notch up the Highland triple in return for an appropriately serious certificate and sporting satisfaction.

Today a “MacNab” can (legally) be achieved on many of George Goldsmith’s sporting estates … We would heartily encourage everyone to have a go! 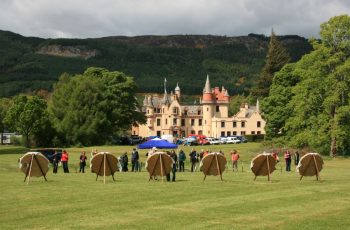 With the stresses and strains of modern day working it is becoming more important to take time out with your team and build on your working relationship. It is proven that the best way to increase your team’s camaraderie, engage productive relationships and improve communication and cooperation is to get out of the office. What […] 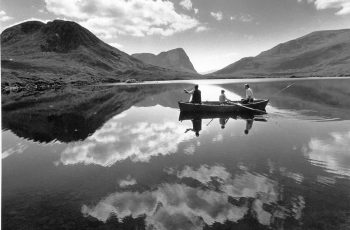 We all need ‘time out’ and that much deserved ‘break and escape’ especially during these unprecedented times we are all living through.  Scotland, I believe will become an even greater destination for people to do exactly that.  It certainly has benefitted many over the last few years.  The hills, mountains, rivers, lochs, the west coast […] 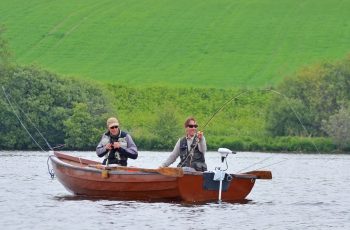 New Properties & Estates for the 2023 season!

We use cookies on our website to give you the most relevant experience by remembering your preferences and repeat visits. By clicking “Accept All”, you consent to the use of ALL the cookies. However, you may visit "Cookie Settings" to provide a controlled consent.
Cookie SettingsAccept All
Manage consent

This website uses cookies to improve your experience while you navigate through the website. Out of these, the cookies that are categorized as necessary are stored on your browser as they are essential for the working of basic functionalities of the website. We also use third-party cookies that help us analyze and understand how you use this website. These cookies will be stored in your browser only with your consent. You also have the option to opt-out of these cookies. But opting out of some of these cookies may affect your browsing experience.
Necessary Always Enabled
Necessary cookies are absolutely essential for the website to function properly. These cookies ensure basic functionalities and security features of the website, anonymously.
Functional
Functional cookies help to perform certain functionalities like sharing the content of the website on social media platforms, collect feedbacks, and other third-party features.
Performance
Performance cookies are used to understand and analyze the key performance indexes of the website which helps in delivering a better user experience for the visitors.
Analytics
Analytical cookies are used to understand how visitors interact with the website. These cookies help provide information on metrics the number of visitors, bounce rate, traffic source, etc.
Advertisement
Advertisement cookies are used to provide visitors with relevant ads and marketing campaigns. These cookies track visitors across websites and collect information to provide customized ads.
Others
Other uncategorized cookies are those that are being analyzed and have not been classified into a category as yet.
SAVE & ACCEPT